GRAMBLING, La. (KMSS/KTAL) – Grambling State University confirms the hire of Art Briles as offensive coordinator of the Tiger football team after the departure of Ted White to the Houston Texans.

Briles hasn’t coached collegiately since being fired from Baylor University in 2016 after an investigation concluded that Briles and his staff ignored reports of sexual assault by Baylor football players. Last fall, the NCAA announced that Baylor would be fined $50,000 and placed on probation for a period of four years for the University’s failings in a campus-wide sexual assault scandal. Despite the mishandling, the NCAA ultimately did not find Baylor guilty because the “unacceptable” behavior didn’t break any of its bylaws.

After the NCAA’s verdict, Briles’ attorney, Scott Tompsett, told ESPN that Briles “has been completely exonerated and cleared of all NCAA violations alleged against him”.

Briles hasn’t coached collegiately since being let go by Baylor. The 66-year old last coached at the high school level for Mount Vernon High School in Texas before resigning from the position in 2020. Briles has come close to other coaching opportunities since his firing, most notably in 2017 when Briles was hired to a position on June Jones’ Hamilton Tiger-Cats staff before the CFL franchise reversed course. The coach also spent time in the Italian Football League.

During his eight seasons at Baylor, Briles amassed a record of 65-37, going 3-3 in bowl games. The Bears finished with 10 or more wins on four different occasions while also finishing ranked in the AP’s top 25 four times. Baylor also won two Big 12 Championship under Briles.

Sam Rothman sat down with Briles and will have the exclusive interview on KTAL News at 5.

Though the inspiration might be debatable, one thing is certain: the holiday has evolved dramatically over recent years. No longer is Valentine’s Day about celebrating a special day with your soulmate. It is about recognizing love in all its many …

A riverside city in West Virginia, a wildlife refuge in Georgia, and a Utah national park hotspot have made it onto Forbes’ list of “Best Places to Travel In 2023.”

Already thinking about your spring lawn and garden …

Now is the perfect time to plan lawn and garden projects. Our DIY expert provides tips for getting your property ready for spring.

Man crushed to death by urinal in London

Man crushed to death by urinal in London

Why do I owe taxes this year?

With ChatGPT growing popular, what’s a parent to …

Rally for Life expected to bring thousands to Austin …

Why do I owe taxes this year?

With ChatGPT growing popular, what’s a parent to …

1of twin infants rescued in Amber Alert has died

Can raising chickens save you money on eggs?

TX man arrested, forcing a teen out of a vehicle …

What is the best shampoo for an itchy scalp? 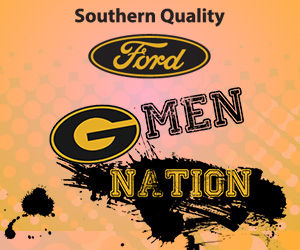 Oreo debuts ‘Most Oreo’ Oreo ever