MANSFIELD, La. (KMSS/KTAL) – This week’s Standout Student is a young businessman in De Soto Parish who is using his skills to turn profits all while in high school.

Derik Barton of Mansfield is already a skilled carpenter at the age of 15 and owns his own business, called Clean Cut Carpentry. He said he got the idea when he was 13.

“One day, I was kind of bored and I didn’t know what to do so I went outside and found an old porch staircase. I thought it would be cool to make a bench out of that. I built it for my mom. We still have it too,” Derik Barton said.

His family said he is very creative and smart. Mom Adriene, dad Michael, and brothers Ace and Joey, are proud and supportive of him.

“He truly does stand out. Whenever he puts his mind towards something he goes after it 100-percent,” Michael Barton said.

Derik has taken his passion for making things and made it into a full-time job. He started a business called Clean Cut Carpentry. He makes custom orders for people, creating whatever they want, and he’s been busy ever since.

“It’s cool to know that I built something that will last for a long time and people actually like it,” Derik said.

He has set up cameras in his workshop and posts videos on his YouTube page so people can watch how he builds things for clients and follow along with the process. He plans to make it his career.

“I want to work for myself and have my own business one day,” Derik said.

Besides running a small business, he also keeps up with his schoolwork, studying hard in his ninth-grade courses alongside his brothers, as their homeschooled by Adriene.

“His brothers have a role model to look up to. They’ve said before Bubba can think of anything in his head and he can build it,” Adriene Barton said.

Macy’s Thanksgiving parade returns, with all the trimmings

Derik has become very popular since launching Clean Cut Carpentry and says he can not take any more orders until after Christmas.

Derik says he likes to build things his customers can use and will remember.

BAC funding cuts may not be done deal

2022 Haunts, tours, and fall fun in the ArkLaTex 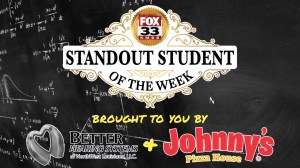 Taxpayers have until Oct. 6 to claim state tax refunds